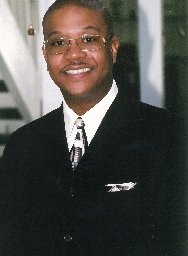 R. G. Moore, III was licensed to preach the gospel of Jesus Christ at the age of 11 and ordained at the age of 17 by Rev. R. G. Moore, Senior and the Calvary Temple Baptist Church, Chicago, Illinois. Born and raised in San Jose, California he is the third generation of Baptist ministers in his family. He was educated in the East Side Union High School District, San Jose and Dallas Baptist University, Dallas, TX where he majored in religion and philosophy.

As an evangelist, he has preached in 15 of the 25 largest cities in the contiguous United States running local church and citywide soul winning campaigns in which hundreds have confessed hope in Jesus Christ. His exposure led to media coverage by television news and newspapers.  He has been featured in human interest stories by ABC, CBS and NBC news programs.  He has also appeared on the Phil Donahue and Sally Jesse Raphael shows as well as to groups of young people in the Dallas Independent School District and the Bishop O’Dowd High School, Oakland, California, to participate in panel discussions about youth and young adult evangelism.

Pastor Moore has served as an associate minister at the St. John Baptist Church, Oakland, California and the pastor’s assistant at the Holy Unity Baptist Church, Jamaica, New York. In 1990 he organized Church on the Rock –Baptist, at the time, the newest Baptist church in the southern area of America’s tenth largest city, San Jose, CA

Since its organization Church on the Rock has baptized over 200 new converts for Jesus Christ, maintained a consistent witness in the Silicon Valley for 27 years and is the host of “Breakthrough”, a weekly televised worship service on CREATV Cable access Channel 15 with a potential reach of over 100,000 homes weekly. “Souls, souls, its all about winning ALL souls for Jesus Christ!”

This free website was created with Grace Church Websitesand is sponsored by TicketNetwork.